So anyway let me back up first.   I know its been a while since I've blogged. I had a couple post written up but I was in such a bad place that I couldn't make since of them. I think my depression has gone now. Alot of my issues have been that Tyler pretty much stopped spanking. I haven't had one in over 2 months. Its not because I haven't needed it. Its because I guess he decided we didn't need it right now..  The funny thing is though he is even more strict with me now then he was before.

The last time I think i got spanked was maybe 10swats and some corner time for breaking a rule. Since then he has come up with other things. He lectures ALOT more and He has made me apologize for my attitude even in front of the kids GAH!!!  I really felt lost because I didn't have any "real" Discipline for my behaviour but he was throwing alot of new rules and guidelines and being very strict with me. It was really hard to get used to. We would have very dominant sex not so much bdsm just ya know a little rough.. Anyway so when i started hearing talk about the 50 Shades Of Grey books i thought "I really need to read that."  Well when i started reading it I was disappointed but the more I read i did get a few things from it but the whole time I was reading the books i was soo upset and aggravated because I really want Tyler to be dominant like that.

I really need that structure and sense of security. I told Tyler about the book as best i could. I gave him ideas and one night he used an idea on me and it was nice. It was after I had done a few things wrong and I felt i needed something.. So who knows what he will have in store for me next..

I do think we are in a great place right now. He does lecture and correct me in "His own way" not "My way" So i guess that what this is all about.. SO when I feel i need spanked I don't get upset or frustrated because I know I'm not going to get spanked..

The last 2 weeks he has been dealing with kidney stones and in alot of pain. He's been in and out of the hospital so its been me dealing with alot of things. I made a few decisions without talking to him and he let it known that this is not who I am and not what we are about and just because he has been in the hospital doesn't give me reason to act however I want to...

So I'm sure at some point once he's better and I'm just going along he will surprise me with a spanking. Sooo for now I will just take what I can get and be a good girl..

I just have to remember I trust him to lead me and he never lets me down. He usually knows what is best for us.
Posted by Daisy Christian at 12:59 AM 4 comments:

Come check out my sister site and blog with 2 dear friends of mine. Free to join

A Proud Member Of

Daisy Christian
No idea what I'm doing or where I'm going. Guess I'm on this roller coaster ride called life.. 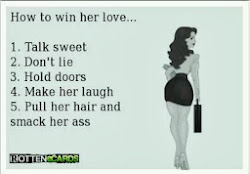 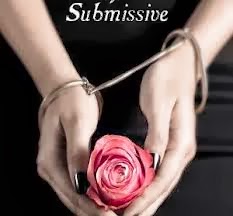